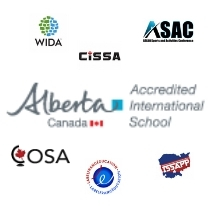 On Friday, November 2nd, the CIS Middle School Basketball teams competed in Phnom Penh’s Basketball ‘B’ City Finals. CIS had the pleasure of hosting the boys’ finals where 8 teams and over 100 athletes battled for first place, while the girls team headed across town to Logos International School early in the afternoon for their tournament.

With a combination of Grades 7 & 8 players on our Middle School Boys Basketball team, we had a rocky start to our season with one win and three losses. However, the Bears worked hard during practice and surprised everyone by battling their way through the Boys ‘B’ Basketball Finals tournament held at our school on November 2nd with grit and determination. Their hustle, teamwork and persistence lead them to face-off against Zaman International School in the final game—where they battled hard for the title of city champions.

The boys charged ahead during the round-robin tournament with 3 wins, defeating iCAN, ISPP, and Hope, leading them to their final match again Zaman. In the end, and despite the game being close throughout, Zaman out-played our team and took the victory, winning 25-10. It was a hard-fought battle from our boys team and I’m very proud of how far they’ve come throughout the season.

Next year, four of our players will move on to play at the high school level, passing the torch to their Grade 7 and 6 teammates. Three of our Grade 6 students on the team demonstrated great leadership by volunteering to timekeep and manage the tournament.

We look forward to improving and seeing what next year brings for our Middle School Boys Basketball season!

After losing their first game of the season, the CIS Middle School Girls Basketball team battled back to win six straight games, finishing off the regular season with a 6-1 record! With their heads held high from their winning streak, our girls team entered the city finals feeling confident and prepared.

During the afternoon on November 2nd, we travelled across the city to Logos International School for the Girls ‘B’ Basketball Tournament Finals.

In the first game of round-robin play, the girls ended up defeating the host school, Logos, in a close game. While one of our athletes led the team in scoring, it was the combination of offensive rebounds and defensive efforts that led us to this first victory. In the second game, our girls met a much taller Zaman team on the court but did not let that intimidate them; winning most of the rebounds, resulting in another victory and securing their place in the final match against iCan. In this game, another one of our players led the game

in scoring, resulting in a 10-4 victory over the competition and the City’s B Tournament title!

With this being only our second season of basketball, the Bears are becoming well known for their defense, rebounding, and intensity. The future of the CIS Bears Girls Basketball looks bright. While one of the team’s leaders will be moving on to high school next year, the rest of the younger team is focused on continuing to practice and improve their skills to make 2019 an even more successful season!

Congratulations to both of our basketball teams for your hardwork, determination and integrity last weekend, we can’t wait to see what the next season will bring! GO BEARS!